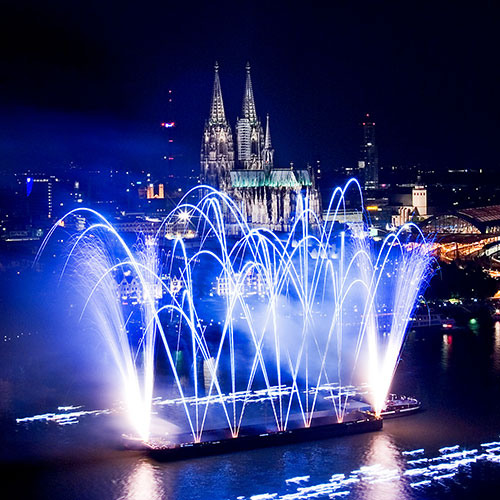 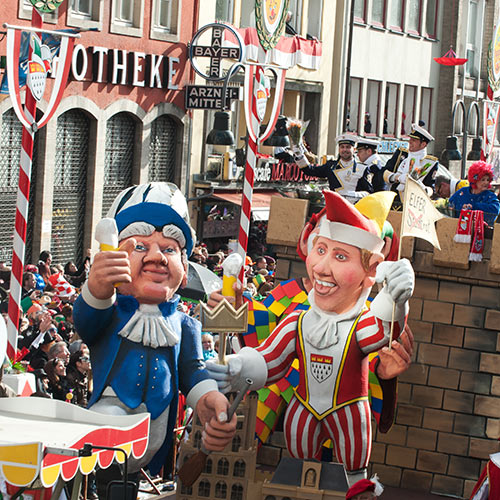 Culture and leisure in the City of Cologne

To assist you in preparing your travel to Cologne, this page lists the most popular cultural and leisure venues. Send us an E-mail if you would like us to add a venue to this list or include another event in the cultural calendar 2023. Here is the section for museums.
‹ Photo: © Udo Haake / Köln Tourismus GmbH / › © Festkomitee Kölner Karneval

Calendar of Cultural 2022 / 2023 for the City of Cologne Theaters, Concerts, Art Galleries of Cologne Amazing Places to Discover & Relaxation 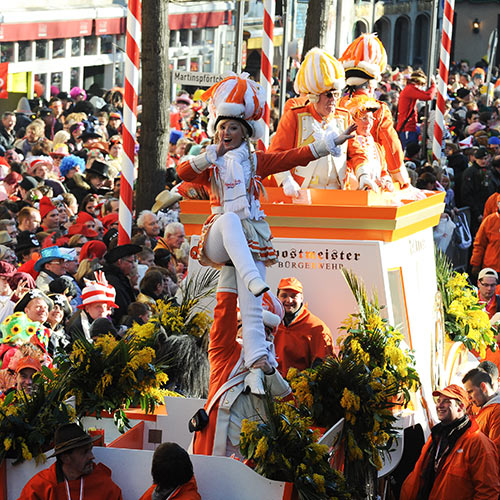 The Cologne carnival is a carnival that takes place every year in Cologne, Germany. Traditionally, the "fifth season" (carnival season) is declared open at 11 minutes past 11 on the 11th of November. The Carnival spirit is then temporarily suspended during the Advent and Christmas period, and picks up again in earnest in the New Year. The time of merrymaking in the streets is officially declared open at downtown square Alter Markt on the Thursday before the beginning of Lent. Street carnival, a week-long street festival, also called "the crazy days", takes place between the Thursday (Women’s Carnival Day - 16.02.2023) before Rose Monday and ends on Ash Wednesday. All through these days, "kölsch" folks go out masqueraded. The highlight of the carnival is Rosenmontag (20.02.2023), which takes place on the Monday. The typical greeting during the festival is "Kölle Alaaf!", a Kölsch phrase which can be translated as "Cologne alive!"

Every year there are 3 people (the Dreigestirn) who are granted the titles of Jungfrau, Prinz, and Bauer (virgin, prince and farmer), who pay a large sum of money for their privileges. The carnival prince is deemed to be the highest representative of the festivities, leading the main parades throughout the week. Traditionally, the Jungfrau "Virgin" is always portrayed by a man dressed as a Female.

The official carnival with its parades and stage shows (Sitzungen) is run by the Festkomitee Kölner Karneval (Cologne Carnival Celebration Committee), which was founded in 1823. Alongside there are many autonomous carnival events throughout the city's bars, clubs and local communities, including "Stunksitzung", a leftist comedy show caricaturing official carnival Sitzungen in style and poking fun at both traditional, conservative carnival as well as politics. Photo: © Festkomitee Kölner Karneval

Opening of the Cologne Carnival


Wine Week at the Heumarkt

Summer Festival at the Philharmonic

For those wishing to stay in Cologne, the city also offers various cultural offers in the form of packages. The tourist office located near the Cathedral will be happy to provide you with information. As part of a guided tour of Cologne, your guide will also be able to advise you on the success of your stay. 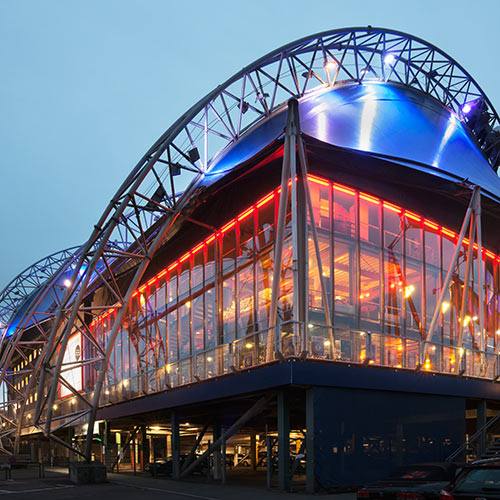 The Musical Dome in Cologne is the address for lovers of Musical Comedy, the most famous of which have been performed since its creation in 1996. Planned at the time as provisional, it was convincing and will continue to accommodate 1769 people until at least 2023. It is located on the shores of the Rhine, not far from the main station. Some Musicals are in German, others in English. Visit the site for more information. Photo: © Musical Dome Köln 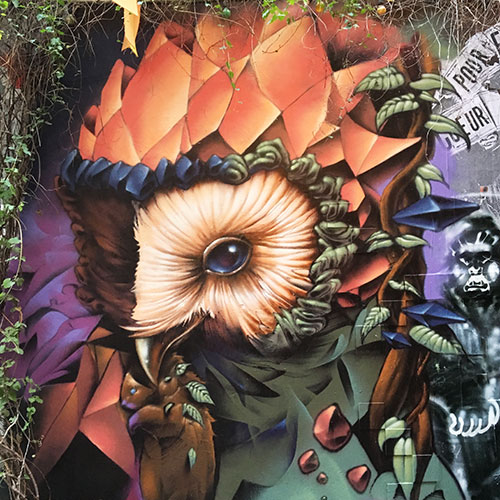 Besides contemporary art with its galleries and Art Cologne, you will find in Cologne many works by artists of the Street Art movement in all its forms. These artists are very well organized in Cologne and abound with ideas to enrich the city. Open your eyes, everywhere! The two best districts are around Ehrenfeld station and in Belgisches Viertel (Belgian district) where there are two specialized galleries, KUNSt&So (Genter Str. 6 - Friday-Saturday 15-18h) and 30works (Pfeilstraße 47 - Tuesday to Saturday 12-18h).

Send an e-mail to Tour-Agentur if you would like a guided tour of Street Art.

Locations for music in Cologne 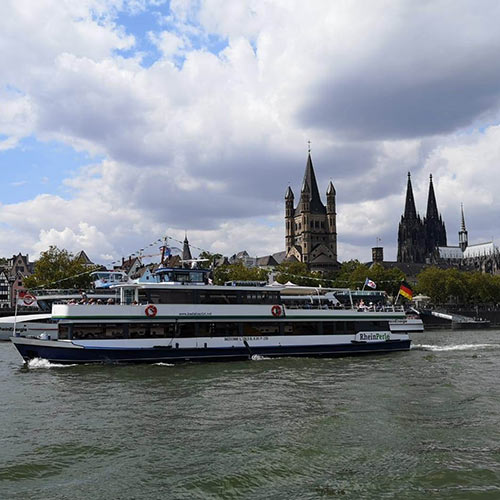 Excursions in the Cologne area
If you would like to visit the beautiful sights of the Cologne and Rhine regions, contact Tour-Agentur. You can also find small cruises on the Rhine on Kölntourist.
- Information & booking

Below, we present some of the must-see places that we recommend for your Cologne holiday. We also remind you that LatLon-Europe presents other tourist destinations. Write to guide@latlon-europe.com if you have any other ideas to complete our pages.

Besides the two zoos in Berlin, the Cologne Zoological Garden is one of the most visited in Germany with 1.2 million visitors per year. Founded in 1860, it is particularly appreciated for its modernity and its interactive and educational presentation. While the Kölner Zoo works in its mission to safeguard (reproduce) endangered species, it is also involved in numerous environmental protection projects, including in Zambia and Vietnam. Photo: © Kölner Zoo

Cruises on the Rhine

During your stay in Cologne, a boat trip on the Rhine is a must and we recommend the river company Köln Tourist which offers many cruises from one hour (classic or with the port) to a full day at weekends including Bonn and the Drachenfels (mythical cliffs). You can find the schedules on the website or go to the ticket office of the main pier located on the Rhine and next to the Musical Dome and Cologne train station. Photo: © Kölntourist Personenschiffahrt am Dom GmbH 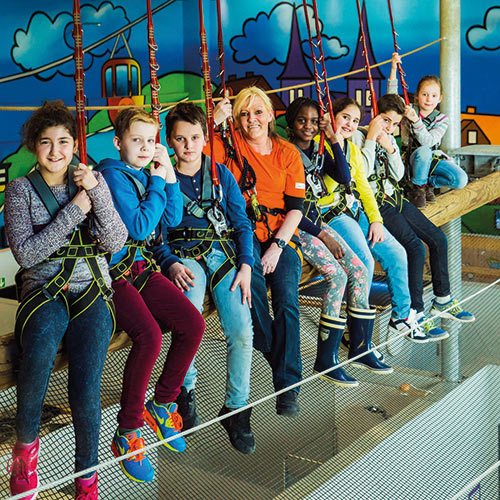 Are you looking for an activity for your children in Cologne? The Odysseum Museum and Entertainment Park in Cologne is unique in Germany! Several thematic worlds await you, taking you into a primitive jungle or into the vastness of space. You will leave like an explorer on an exciting research journey through 150 interactive steps adapted for different age groups. Photo: © Odysseum - Das Abenteuermuseum

Spa and sauna in Cologne 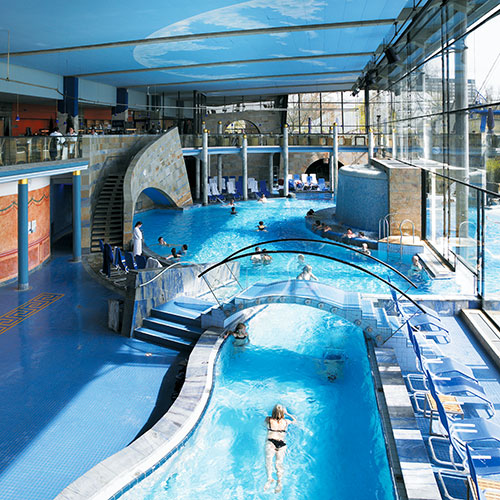 After a few days of walking through the alleys of Cologne and nights living the carnival spirit of its inhabitants, you will certainly want to spend a few hours relaxing. Claudius thermal baths are the largest and by far the best. As an alternative, go to the Neptunbad SPA in the Ehrensfeld district which will allow you to practice the German Sauna tradition (so bathing suits are not allowed) in a Zen atmosphere. Photo: © Claudius Therme GmbH 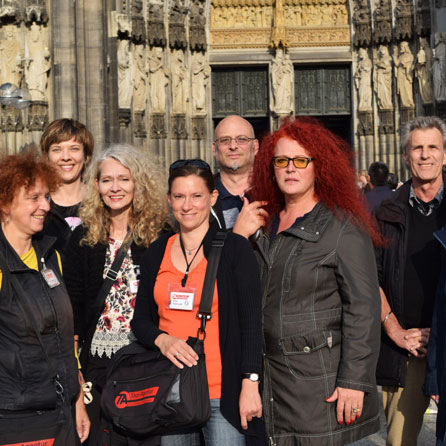 The guided tours of Cologne with Tour-Agentur

Thematic or tailor-made guided tours with your private guide

A guided tour in English of Cologne is the best way to fully understand and appreciate a city like Cologne with its long and exciting history and many monuments, the formula with a private guide has many advantages; at your pace, visits and personalized advice.

Ilona Priebe and a team of professional and passionate guides offer you personalized and private guided tours of Cologne as well as thematic guided tours. For groups and travel agencies, they offer various services and guided tours adapted to your needs.